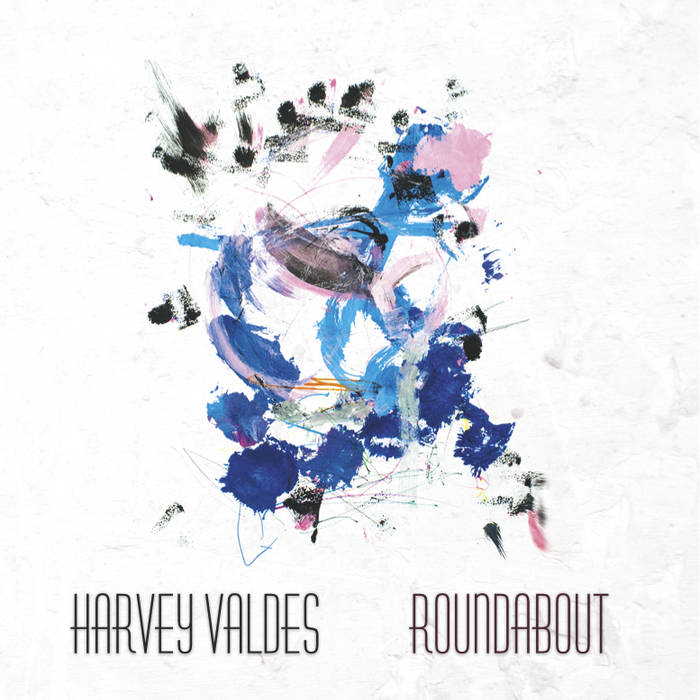 MichaelF Harvey Valdes is an extraordinary guitarist who has found a voice of his own on his instrument. Check him out. And have a look at this CD's gorgeous artwork.

"Harvey Valdes has produced a beautiful solo guitar CD. His sound and approach are reminiscent of Lenny Breau and Ted Greene, but Harvey has his own voice. He has a bell-like legato tone and a unique take on chords and voice leading in the context of familiar standards. Harvey has taken old chestnuts and reinterpreted them in a very personal way to make them his own. Highly recommended.” John Stowell

“On Roundabout, Harvey Valdes creates depth and contrast with his use of tone color and unique choice of textures.”
Jon Damian

“Harvey Valdes is a beautiful guitarist, and always has a knack for finding the most unexpected and surprising, but very unusually appropriate, musical contributions in a given situation. He brings his fresh harmonic conception and original approach to these tunes , and uses the standards as a starting point for his organic explorations and abstractions. Really fine solo guitar work here!” Kenny Wessel

Ringer of the Week over at Jazz Weekly:
"All these tunes are done with a rich pulsating sense of swing, so you never lose interest in the solitude. Guitar fans will flip!" Geaorge Harris

Improvijazzation Nation:
"...approach” is everything with solo guitar, and Harvey’s laid-back performance style makes him a favorite (of mine) already." Dick Metcalf

Gapplegate Guitar and Bass Blog:
"This is guitar artistry at the highest levels, make no mistake. Everything is right there for you to hear. Nothing is overplayed but you most certainly do not feel that is in any way incomplete." - GregoApplegate Edwards

Musically Speaking:
"Guitarist Harvey Valdes presents a take-no-prisoners improvisational approach on his solo release, Roundabout, whose nine tracks find him not just improvising on tunes, but
remaking them. His tone is rich, his finger-playing clean and unhurried, and he uses multiple voices, counterpoint,
reharmonization, free association, and a very elastic sense of time to give full expression to his thoughts." - Mel Minter
On Roundabout, NY guitarist and composer, Harvey Valdes, crafts a sound all his own.

All About Jazz: Four Star Review

"On Roundabout, Valdes embraces the whole instrument in his arrangements. It's not so much the sense of space between the notes that one savors but rather the beautiful density of the chord voicings, droplets of harmony notes, and interweaving melodic lines." Paul Acquaro

Blog Chitarra:
"...unafraid to re-read this music so different and innovative, using sound and a technique absolutely clean and without snagging.The result is one of the most interesting musical interpretations of recent times and, at the same time, a disc absolutely pleasant, intimate and suspended" -Andrea Aguzzi

Album Info:
Using a finger style approach and a sense of felt time, Valdes effortlessly plays with multiple voices and complex counterpoint. His adventurous take on harmony creates many moments of spontaneous re-composition born of a free improvisational approach.

Each track shines with the originality and sensitivity of Harvey’s voice. While Roundabout as a whole, takes a pianistic approach to radically reshaping jazz standards. In doing so, Harvey, elevates the interpretive possibilities of the guitar itself.

Bandcamp Daily  your guide to the world of Bandcamp